The FLO Film Festival: Reel Woman Power, the first ever women- and girl-themed film festival in India, is taking place in Mumbai, India February 18-20. The Festival is being presented by Women and Girls Lead Global as part of a the Global Symposium Gender in Media in partnership with the Geena Davis Institute on Gender in Media, FICCI FLO, ITVS and WGLG.

Taking Root: The Vision of Wangari Maathai will be screened on Feb. 20 at 3:10 PM 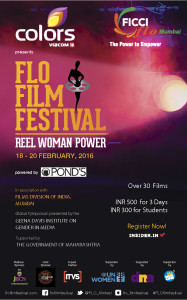